I'm a Seattle-based designer & researcher focused on people, emotions, and delight.
I'm interested in technology and the explanations for how and why people tick; that's why I studied both human-centered design and evolutionary anthropology. I like to explore where humanity meets technology. 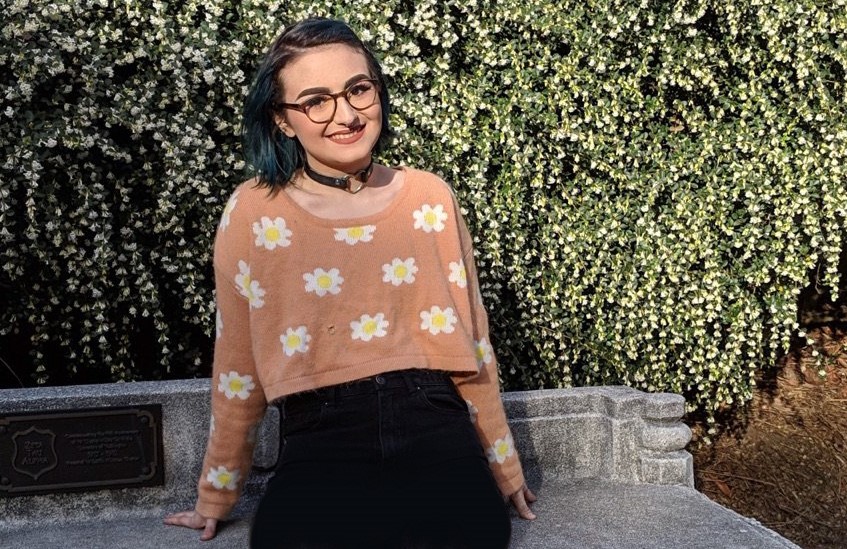 I love to make things. Whether it's pieces of technology or pieces of art, you will always find me creating or ideating. I have been exploring, inventing, and imagining from the very beginning. My approach to technology is based on my belief in the importance of an interdisciplinary approach. I have always been fascinated and enriched by the emotional and communicative power of art, and I think there is so much value and potential in combining these aspects with technology. I think that approaching technology with an artistic or social-scientific sense of curiosity is essential to creating the most meaningful, valuable technology that we can. Outside of work and school, you'll likely find me in a bookstore or comics shop, or surfing the web. I'm a lover of makeup and fashion, and both a fan and creator of art, my favorite medium probably being comics and zines. Whether autobiographical or fictional, I'm endlessly fascinated by the ways people are able to elicit emotional responses through their art, and how they do it so effectively through such a variety of approaches.

- Six weeks of co-design and software development in a team of 12 students led by Microsoft coaches.
- Conducted user research, interviews and studies to learn the needs of shuttle drivers on campus.
- Developed and designed a Skype bot in a team of three.
- Designed hi-fi app prototypes using Adobe XD.-Pitched App and iOS game to Microsoft execs, Sr. PMs and Sr. SWEs.
- Developed iOS games using Swift, Xcode, and Git, including a large collaborative project with a team of 5 peers.